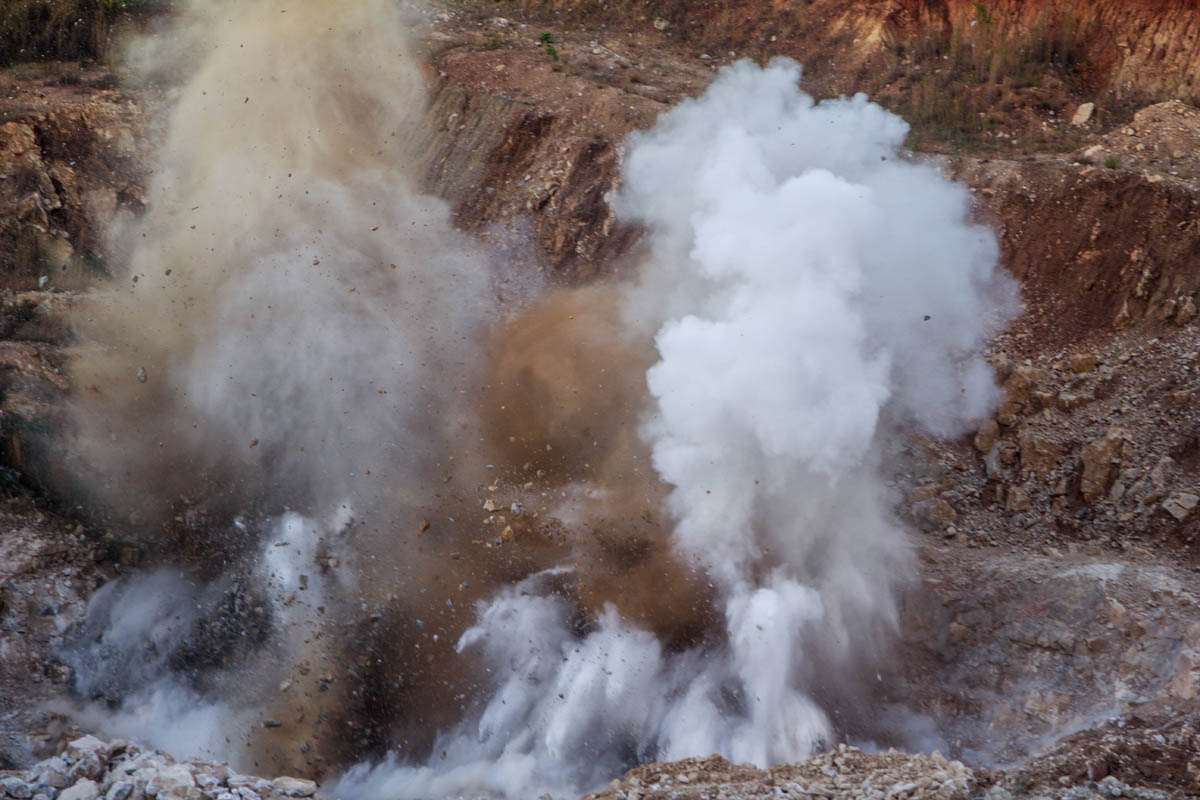 Our blasthole drilling can be done up to a depth of 40m using track mounted drilling rigs. Drilling diameters vary between 51mm to 165mm and is primary done in open pit or surface mines.

Explosives are procured from reputable and certified suppliers of explosives within the country.

We are capable of doing pre-split drilling which involves drilling linear closely spaced vertical holes along the perimeter of production drilling to achieve the following when blasting: